(A mythical Japanese spirit believed to help ward off plagues)

I designed Amabie v1 back in April 2020. Thinking that v1 had room for improvement, I designed Amabie v2. V2 uses paper more efficiently than v1, and the head portion in particular is much cleaner than before.

For both of my amabie models, I was inspired by Beth Johnson's designs to add texture via tessellations (something that she does very well). The scale tessellation in Amabie v2 uses more difficult shaping than in v1, but I prefer the look of the rounder scales. I also opted to keep the elevated scales with visible edge folds, instead of flatter scales with fewer visible edge folds. The most difficult part of the design process was creating smooth transitions from the scale tessellation to the rest of the model.

I used a less efficient tessellation spacing in v1 because I thought I wanted more separation between the legs. But, the leg separation in v2 is still adequate, and the reduced paper usage actually made it easier to achieve my desired color changes for the face and hair. 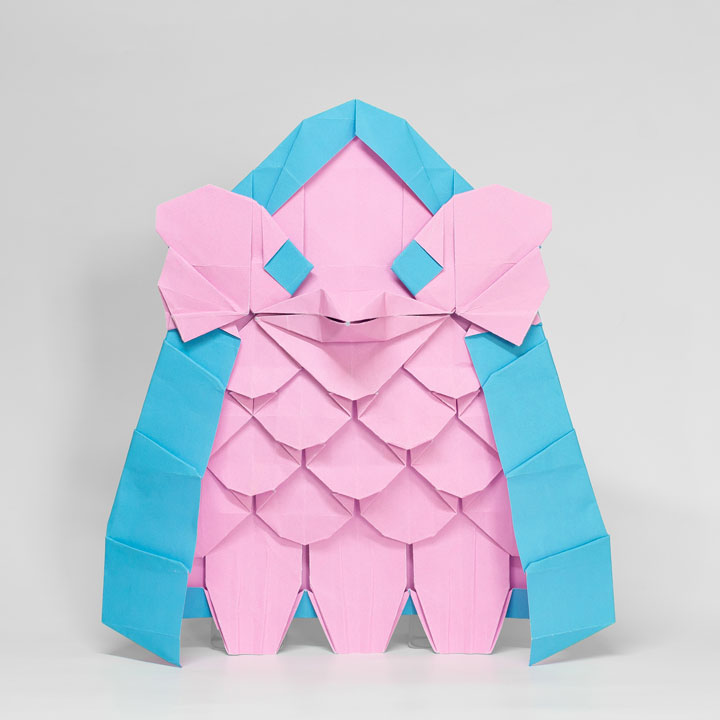 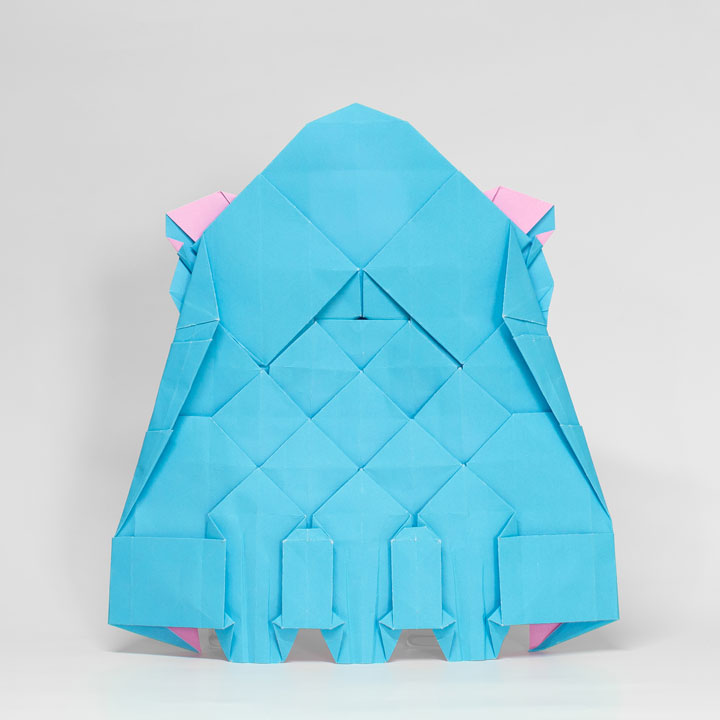 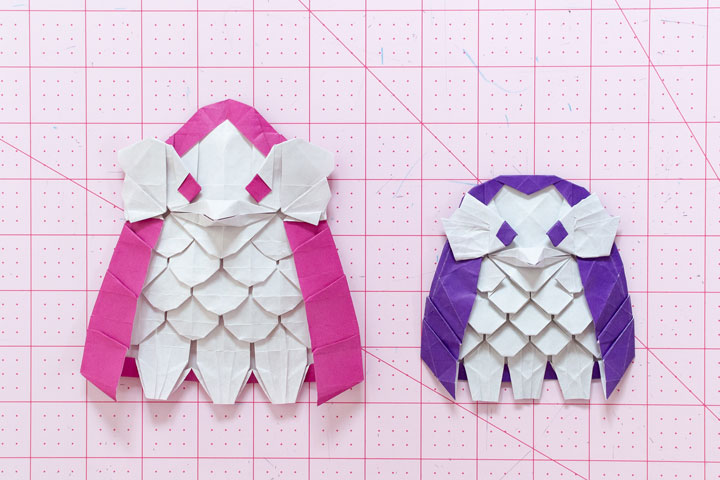