(An origami version of the Google Android robot)

This model resulted from my desire to design a model with a geeky theme that wasn't overly done by origami designers yet. Since there was only one origami android model at the time (a 2D version), I thought it'd be fun to make a 3D version. The antennas were the most difficult feature to incorporate in the model design. In the end, I chose a design where the arms and legs come from the corners of the paper, and the head and antennas come from the center of the paper.

This model became particularly relevant for me after I interned at Google twice (summer 2013 and 2014). Although I didn't work with the Android team for either internship, I still had fun sharing my origami Android with others.

I'm still not satisfied with this model since the layers don't lock very well by themselves, and the arm and leg shaping is messy. I may redesign this Android model someday. 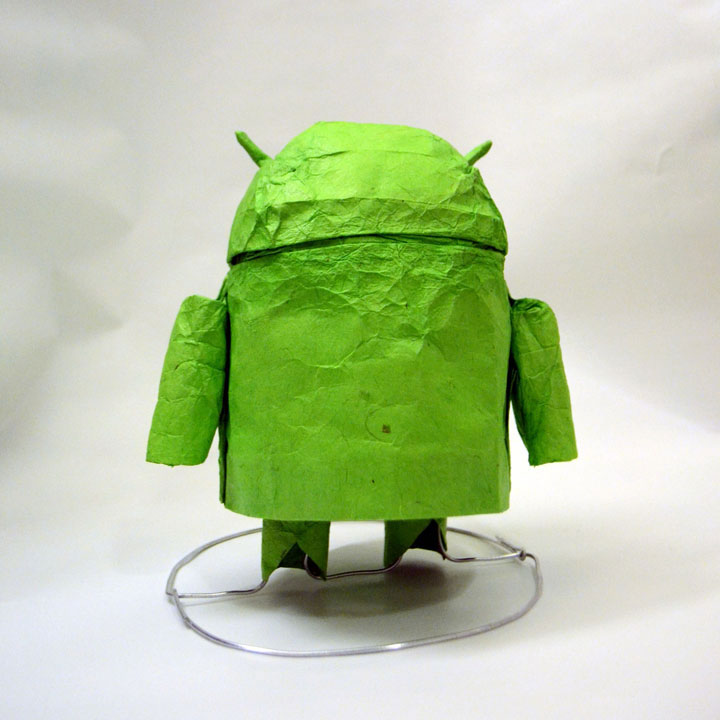 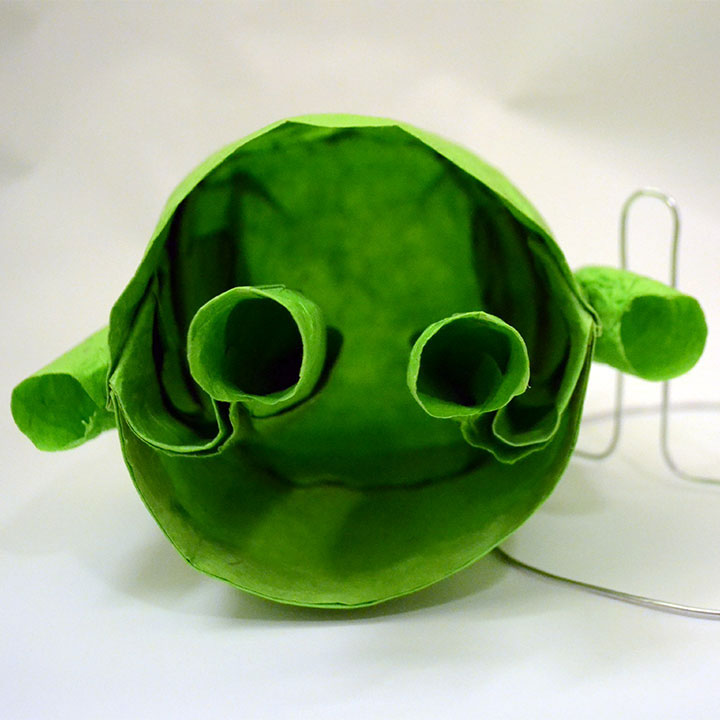 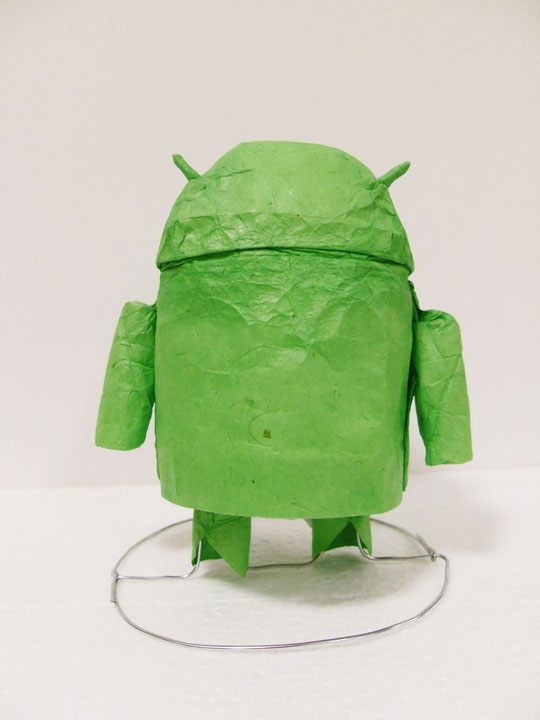 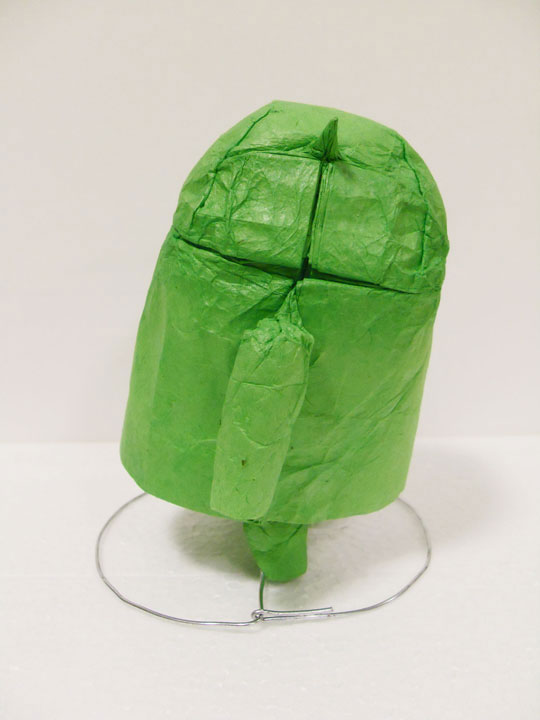 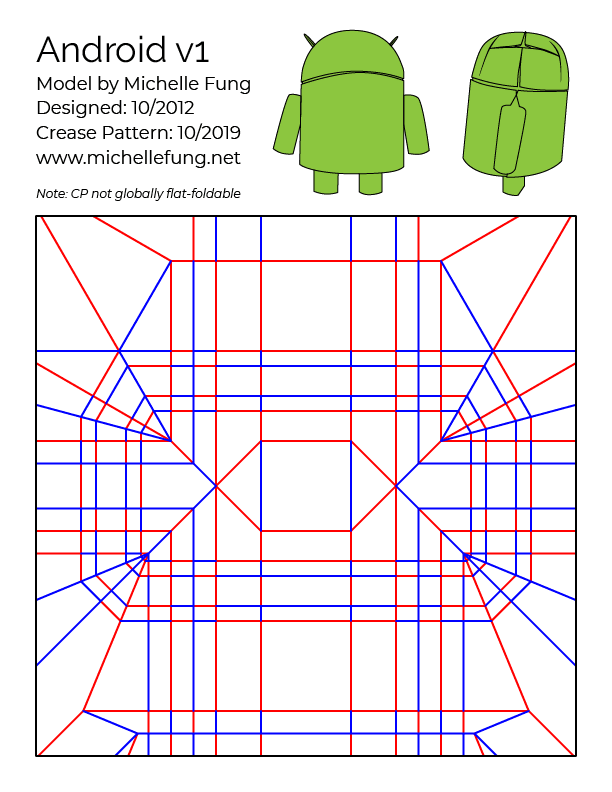