I designed v2 after realizing that I could reduce the paper usage in the head area of v1. In the end, most of the paper savings came from around the eyes and the top of the head. I also cut excess paper from the two sides and from the transition between the arms and the lower body. I was able to achieve these improvements by using smarter shifts between the different features (e.g., eyes to face, head to arms) in the model.

In addition to being able to fold v2 from smaller paper than v1, the increased efficiency also reduces the amount of unwanted bulk in the model. For instance, whereas in v1 the eyes would bulge due to accumulated paper layers, the eyes in v2 lie flatter. A bonus is that the new eye structure results in eyes without any creased edges in the middle. There are intentional locks and flaps in the model that help stabilize the folded form, although I highly recommend MC/glue for a more solid result. 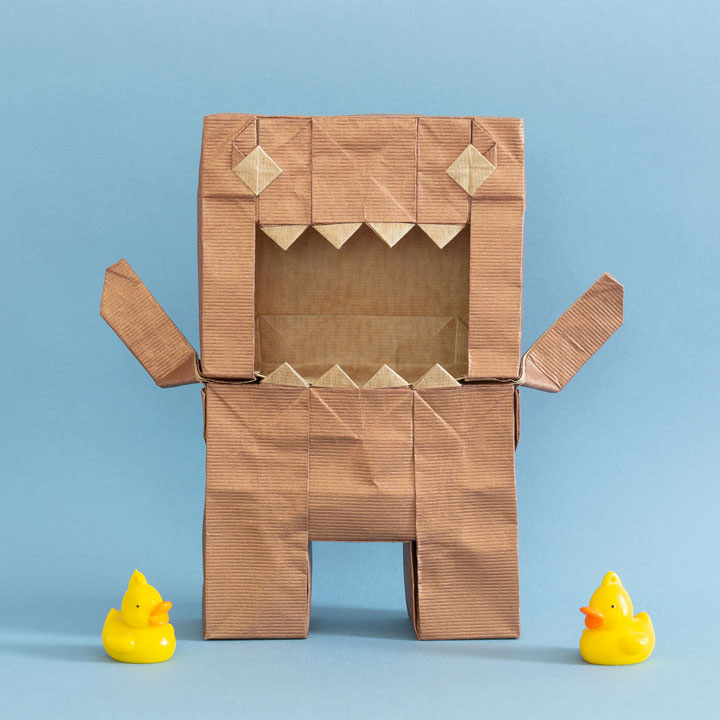 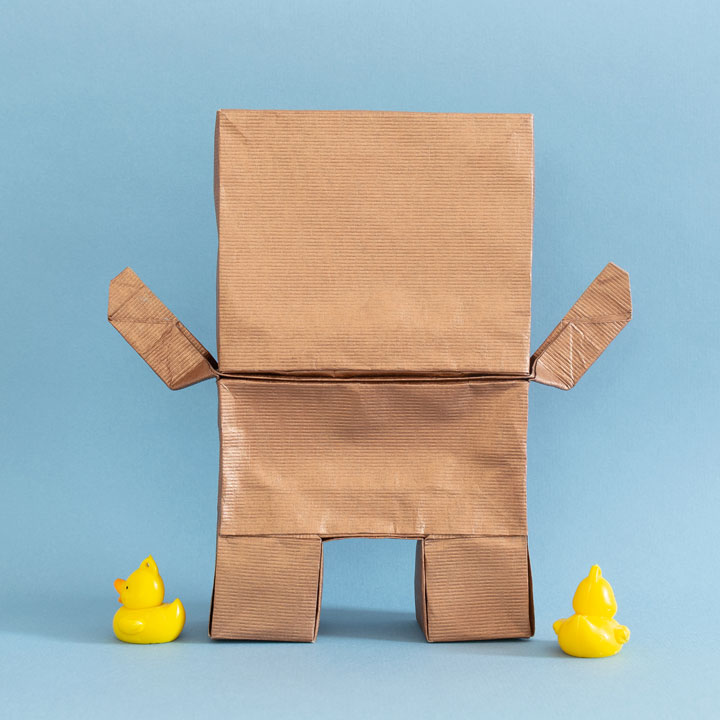 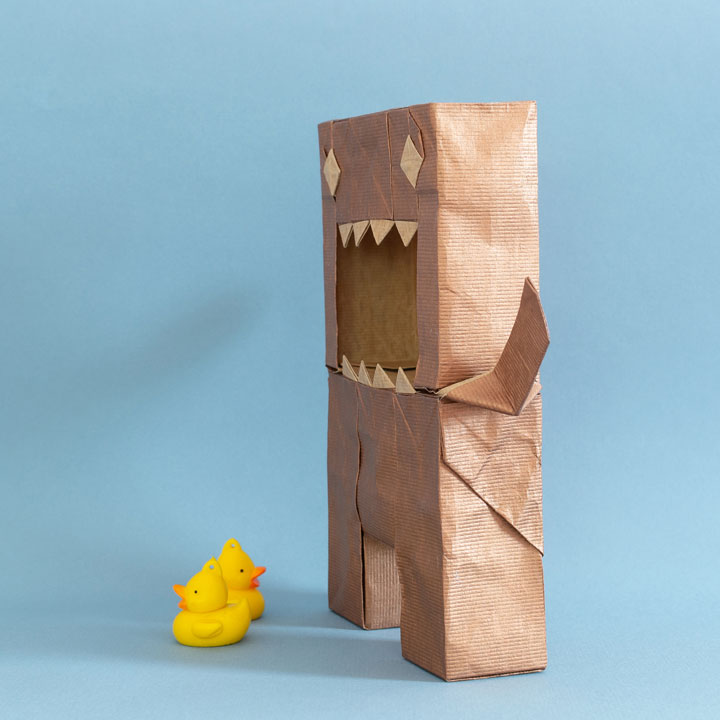 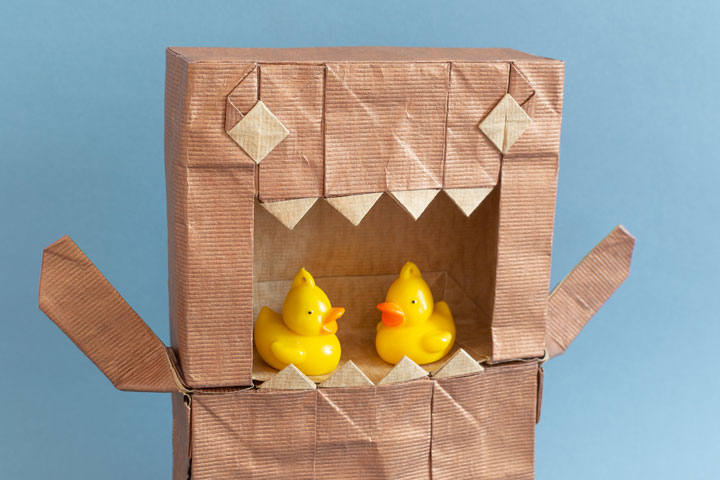 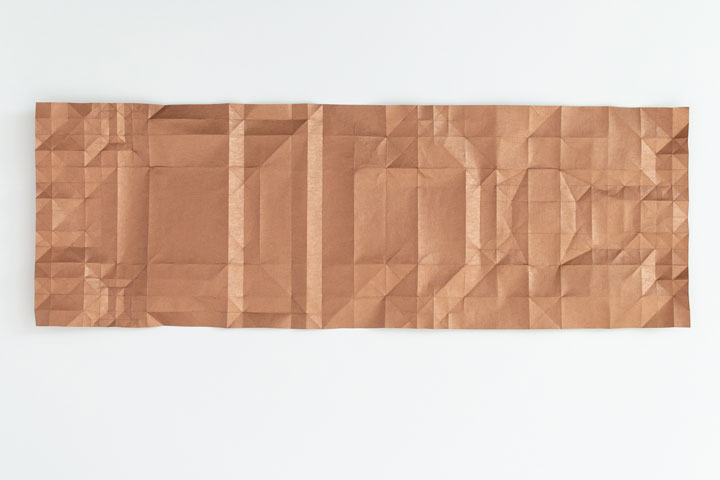