I occasionally redesign my old models, and this model is another addition to my origami teddy bear collection. V3 is a different style of cute teddy bear from Teddy Bear v1. V1 had a lot of unused paper in the head, which resulted in a proportionally smaller body size. In v3, the head and body sizes are more balanced. By eliminating the ability to form a bow on the ear and using a new structure for the entire model, v3 also uses paper more efficiently than v1. (V1 and v3 can be directly compared because they have mostly the same details, e.g., ribbon bow on the neck and color changed feet, while Teddy Bear v2 has clothing, too.)

My favorite feature of this version is the bow since it looks good and uses a minimal amount of paper compared to other bows that I've incorporated into my models in the past.

For this model I was inspired by Chen Xiao's/@__ObeLisK on Twitter's teddy bear model. I was inspired by the color-changed features that he incorporated, and the arrangement of those features on paper. The placement of major features (e.g. nose and stomach) in my model are roughly similar to that in his model, although I went in a different direction in terms of final appearance and structure.

When designing color-changed origami models, small decisions regarding appearance can majorly impact the ease of design and implementation of those features in the model. For instance, if I had chosen to make the mouth area the same color as the face and the nose the contrasting color instead of how it is now, I would have either needed to allocate more paper to that area or come up with a more complicated structure. Instead, with the current contrasting mouth and a nose the same color as the face, a small area of paper seamlessly and easily forms the connected eyes and mouth.

I was very satisfied with the design of this model. I think v3 has a good balance of cute appearance, foldability, and efficiency. 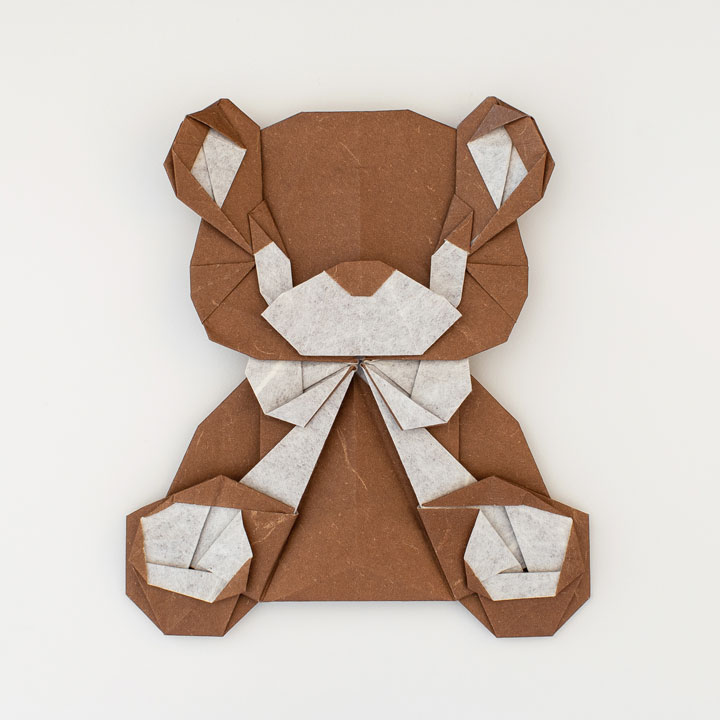 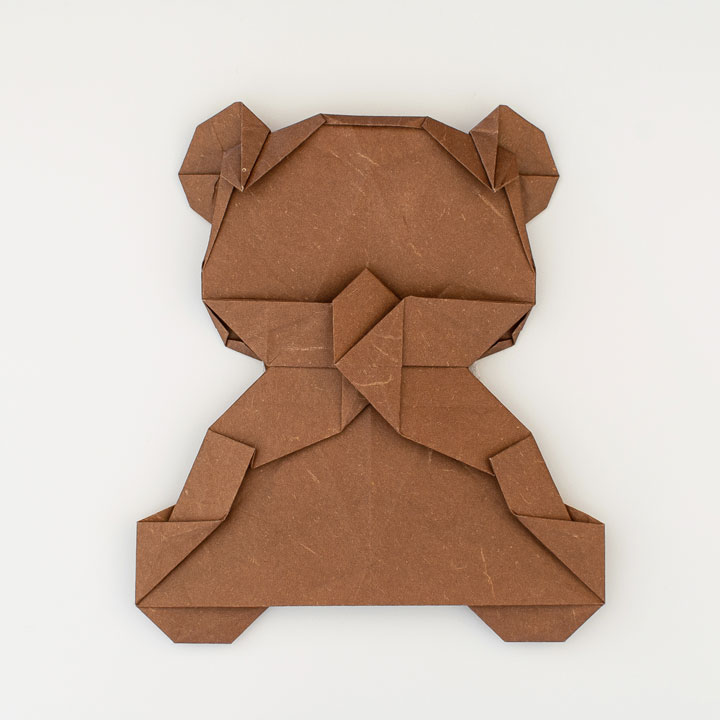 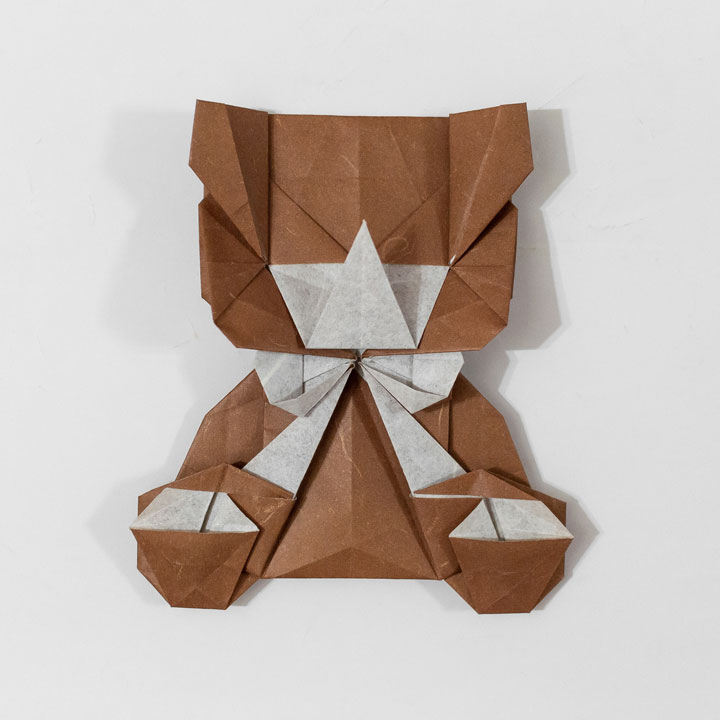 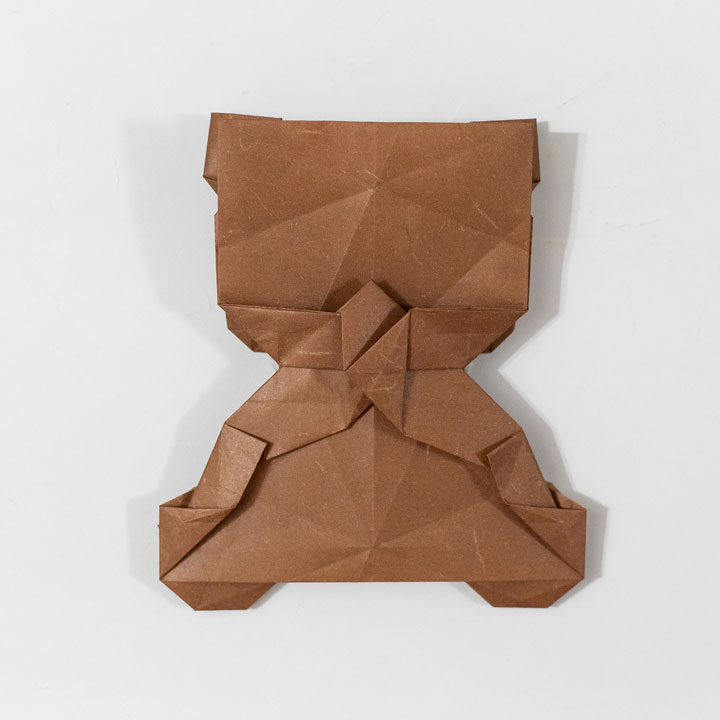 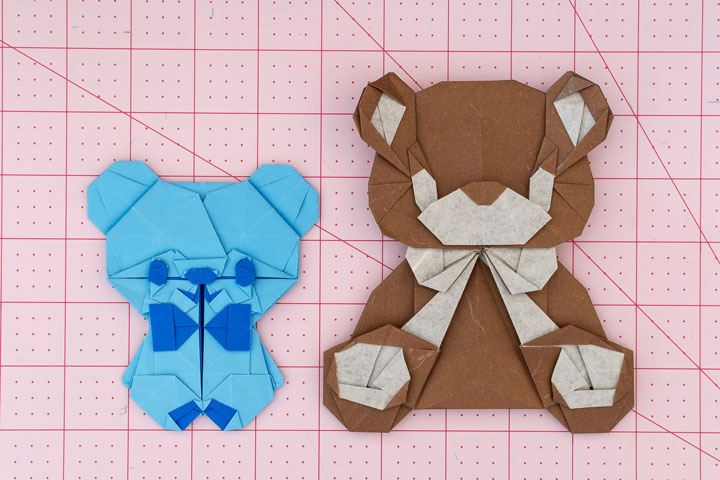 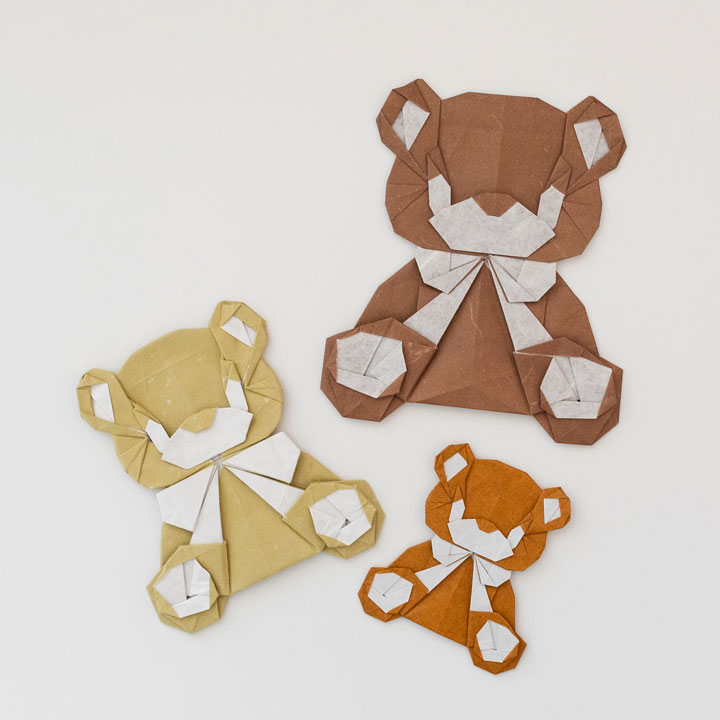 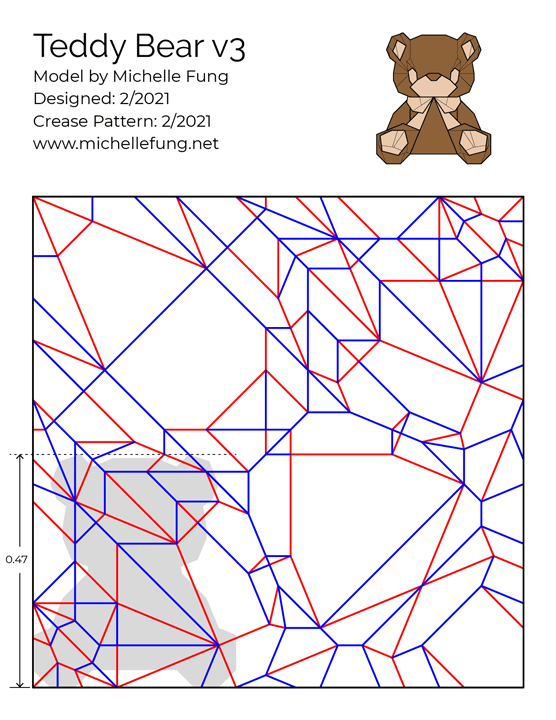