I designed this model after seeing Meenakshi Mukerji's interpretation and the other versions of this subject she inspired. I wanted to try making the arrowhead from a paper corner and arranging the design diagonally. However, my model had more complicated reference points, making it trickier to fold.

Post-election, I'm sharing this design for its origami merits rather than as a political statement. As far as I know, among the models using a square, Jason Ku's version (6x6 grid) is the most efficient, with the height of his final model 50% of the starting paper side length. Mine, at 44%, is less efficient than Jason's and only marginally more efficient than Robert Lang's design from a 7x7 grid, which would be 43% of the paper side length tall. 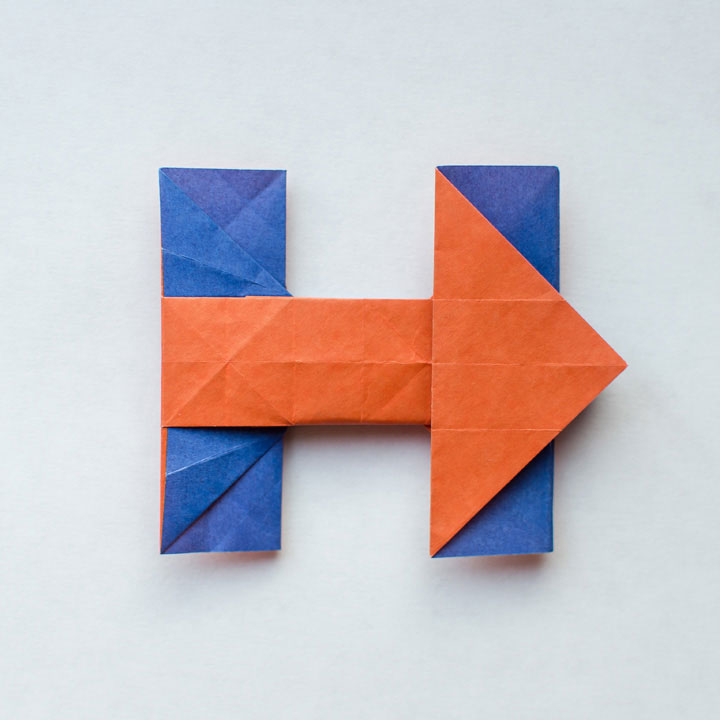 One uncut square of 6 inch (15 cm) duo kami paper (orange on one side, blue on the other)

One uncut square of 6 inch (15 cm) duo kami paper (orange on one side, blue on the other) 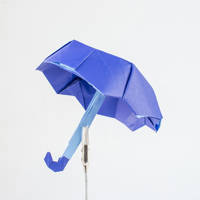 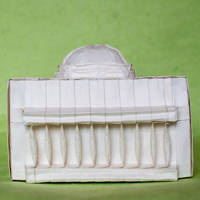