(Designed and folded in honor of Sean Collier, fallen MIT police officer. May he rest in peace.)

MIT Police Officer Sean Collier was shot and died on April 18, 2013, during the time when I was still an undergraduate student at MIT. I designed and folded this model less than one week after his death, in order to pay tribute to Officer Collier while everyone's memories of the incident were still fresh.

I chose to create an origami version of MIT's police badge with a black mourning band around it. The model uses a 64 x 64 starting grid. All details (band, dome, columns, etc.) are formed by folds of paper.

I originally wanted to make this using duo colored double-sided paper, but all the paper options I had at the time were too thick or too small. Metallic permanent markers (provided generously by one of my dorm's Housemasters) worked surprisingly well on the paper. Included below are pictures of the same badge before coloring and shaping (and under bad lighting conditions) and afterwards. If this model were to be folded out of double-sided paper, however, the face of the badge (including the dome) would be one color and the badge border, badge back, and mourning band would be the other color.

Since blue ribbons are a symbol for remembrance of fallen police officers, I also made a blue version of my Awareness Ribbon Angel v1 from 7.5 inch x 7.5 inch square paper. The paper for the winged awareness ribbon is the same blue lokta paper as that for the badge, but with one side spray painted white with acrylic spray paint. 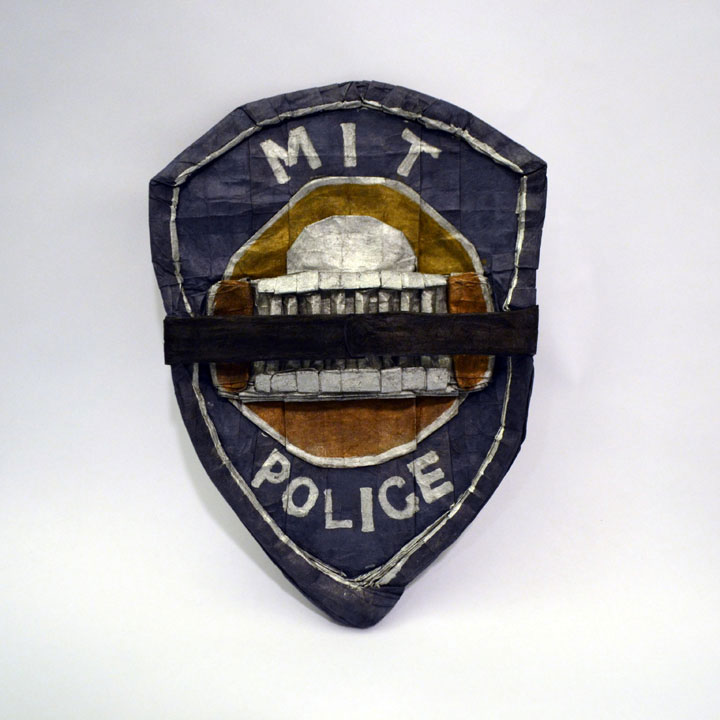 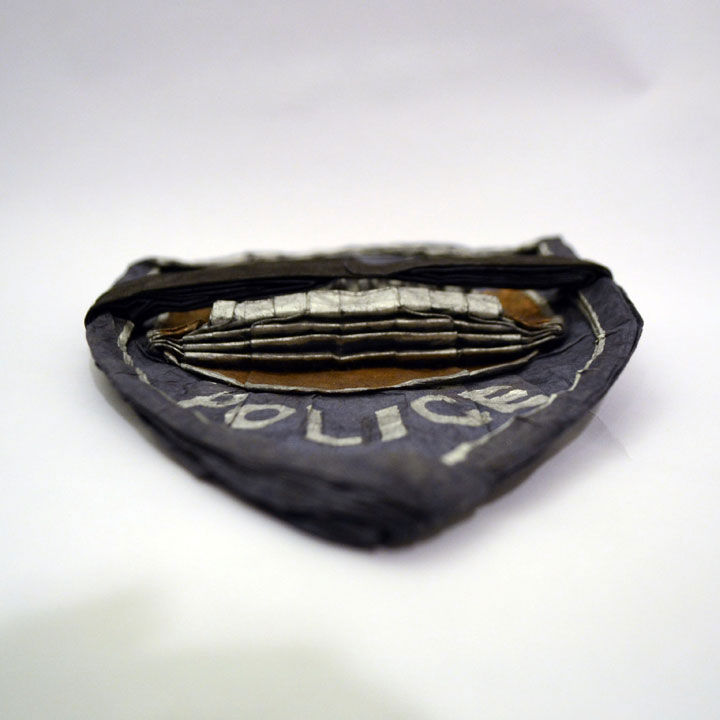 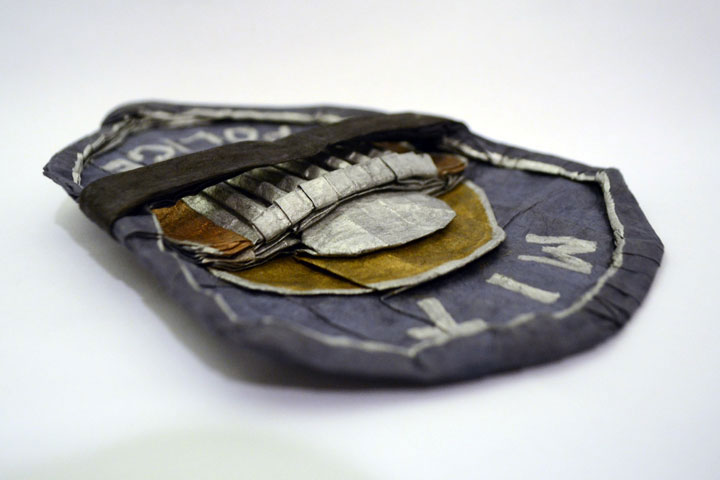 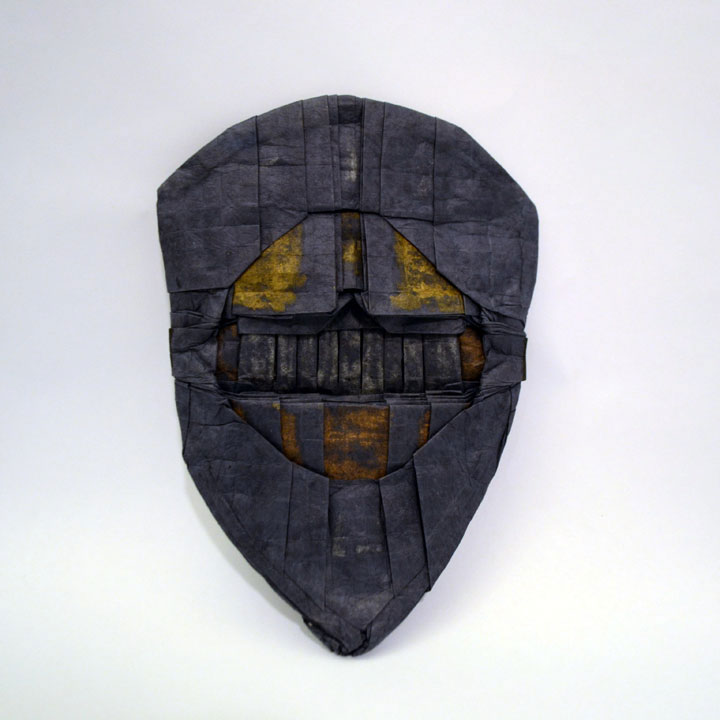 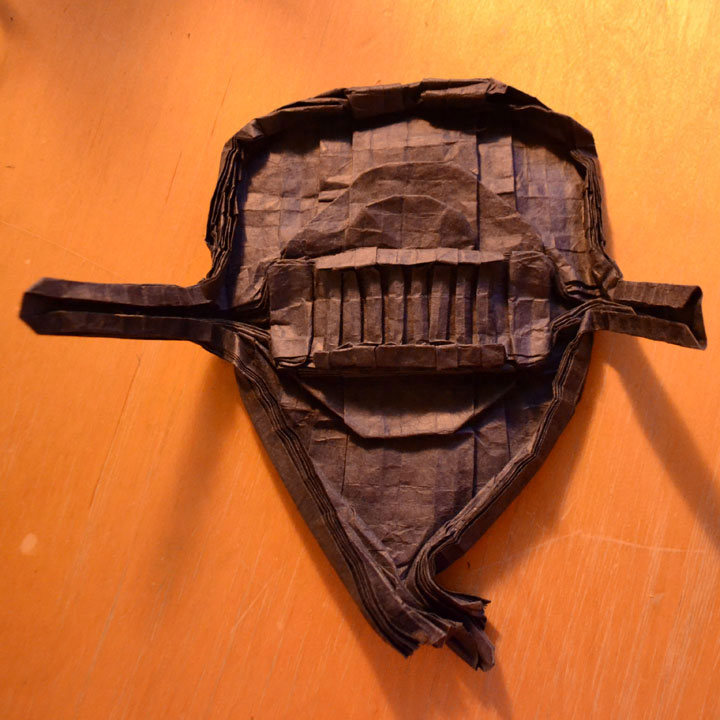 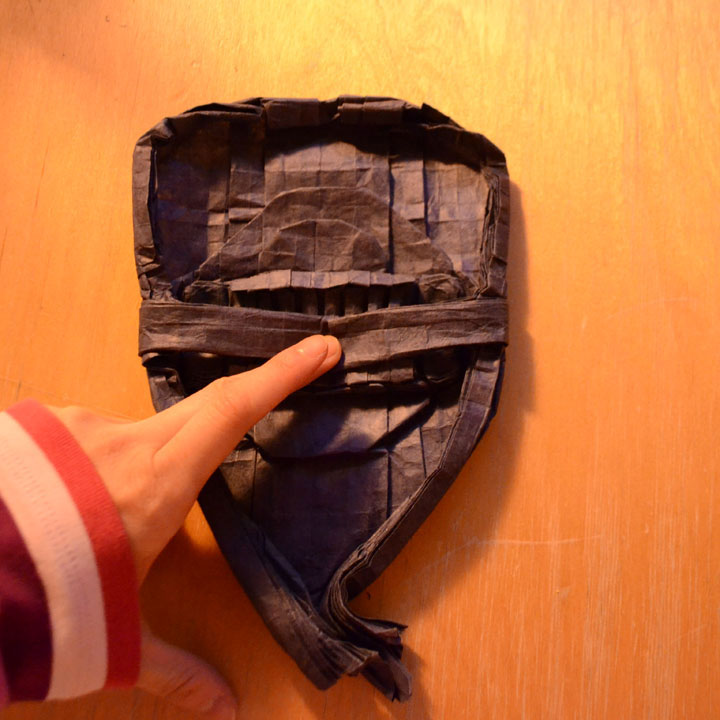