Ice cream has been on my bucket list of models to design for a long time, but I couldn't think of a recognizable yet easy way to represent ice cream in origami until now. At the same time, I've always admired Rebecca Gieseking's curved-crease pleated vases and ornaments and looked for ways to incorporate her techniques into my representational models. Seeing some of her Christmas ornament designs inspired me to combine curved pleats on one end with tapering to a cone on the other end to create an ice cream model.

Like many of Rebecca's models, my model is based on a cylinder made from connecting the two ends of a rectangle (a tessellated square in my case), although my model only uses her simpler pleat folding technique. I used a partial tessellation in my model because I wanted the ice cream scoops to have curvy edges, as seen in many illustrations and stylized ice cream photos.

Folding this model can be tricky since it is fully closed on all sides. The folding sequence that I recommend is: 1) fold the flat tessellated base, 2) add the cone pleating and curved precreases, 3) precrease locks on the pleats by folding over the corners on the inside and then unfolding, 4) glue the left and right edges together to form a cylinder, 5) taper the bottom to a point to form the cone and lock the pleats using the precreased folds, 6) fold the curved creases with locks on top to form the round scoops of ice cream, starting with the middle of the model.

Using glue adds a lot of stability while also decreasing frustration. For instance, when I first folded this model, I struggled to close the bottom cone part of the model by folding. In the end, I glued the two paper edges together for the top ice cream scoops to form a cylinder.

I like how this ice cream model turned out. As mentioned before, the model is fully closed on all sides. It is easily recognizable as ice cream and has many possible variations. For example, the scoops can be made taller or shorter and rounder or less round, the cone can be longer or shorter, and there can be more or fewer scoops of ice cream (although some changes may require non-square paper proportions). 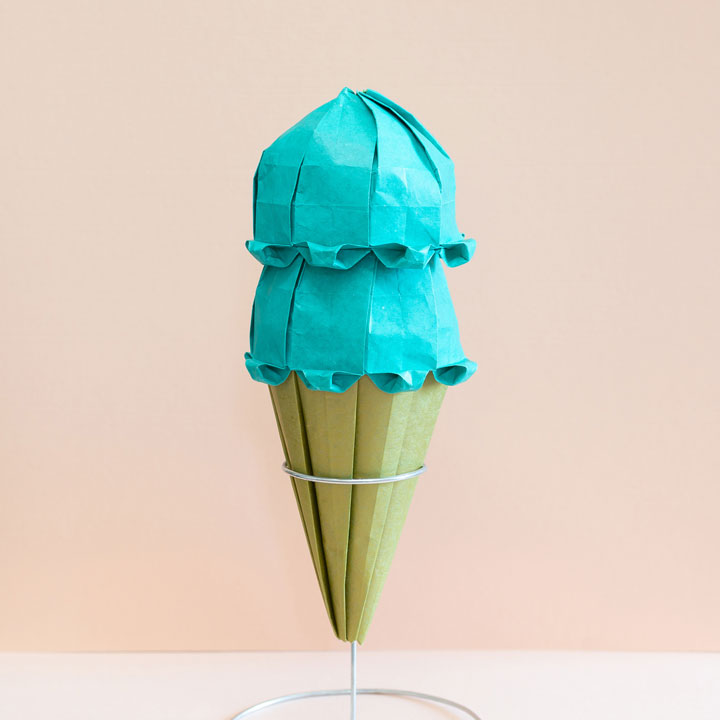 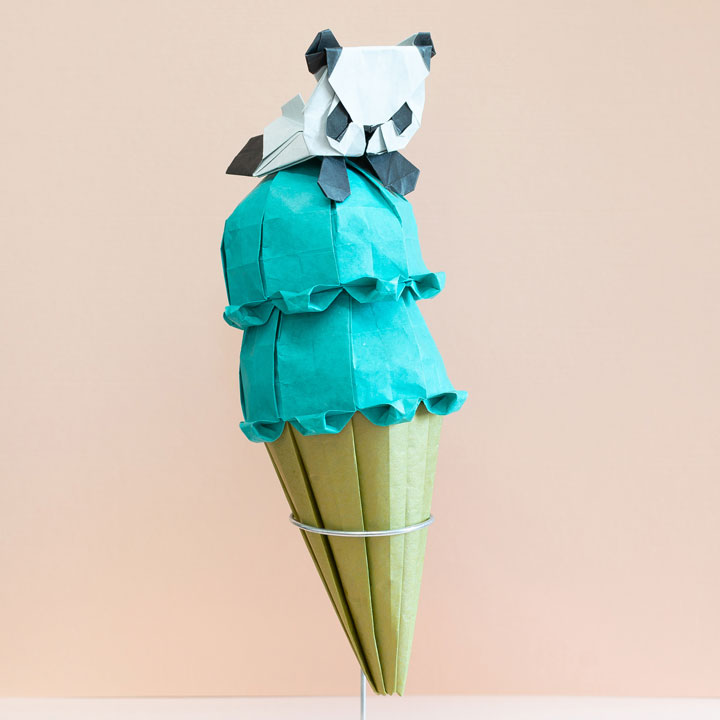 Each from one uncut square of paper 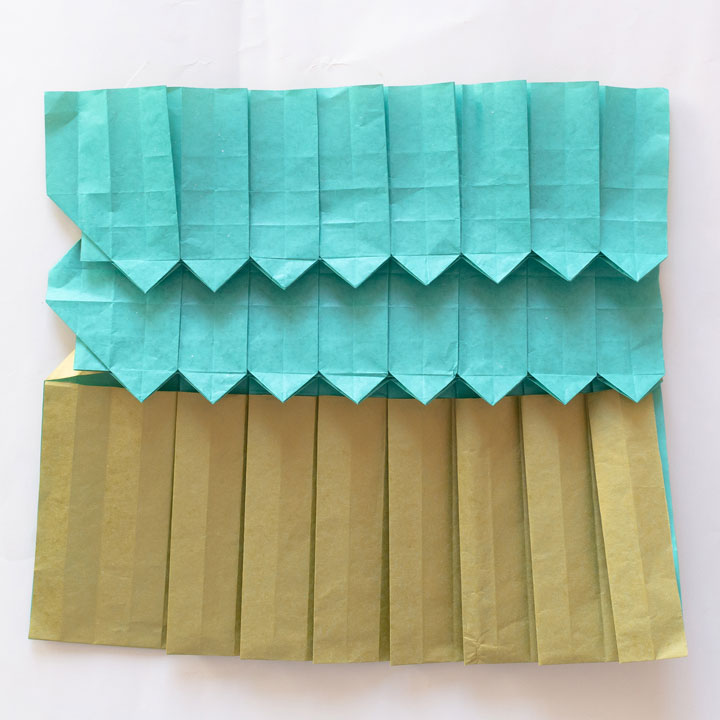 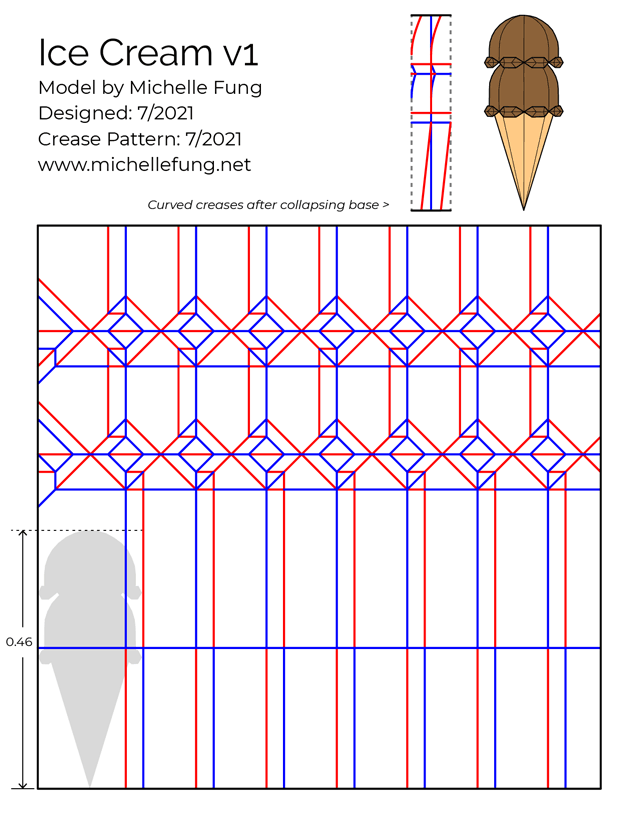 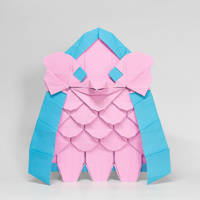 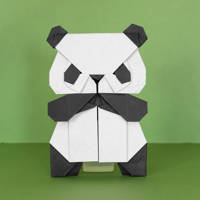