This model is a simplified self-portrait, but my real-life hair is slightly shorter. It's also missing glasses.

This model has been in my WIP pile for a long time, and I'm glad to create a finished version finally. The hardest part was preventing the color-changed samurai hat from using too much paper. The hat is visually the same as the traditional version but structurally different. Also, depicting a t-shirt was surprisingly challenging. 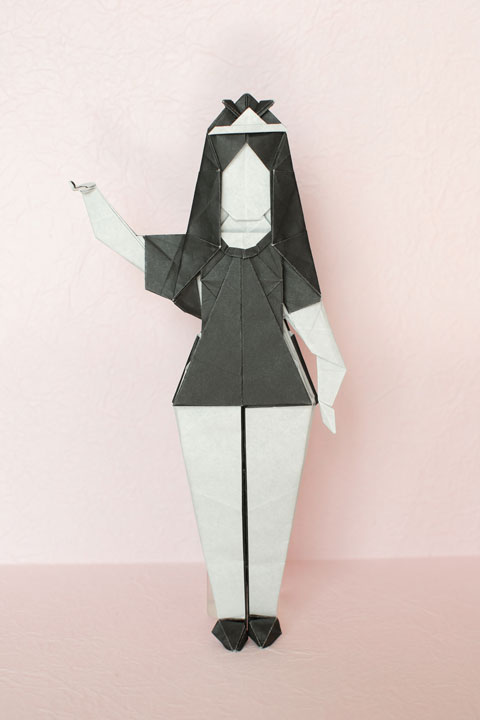 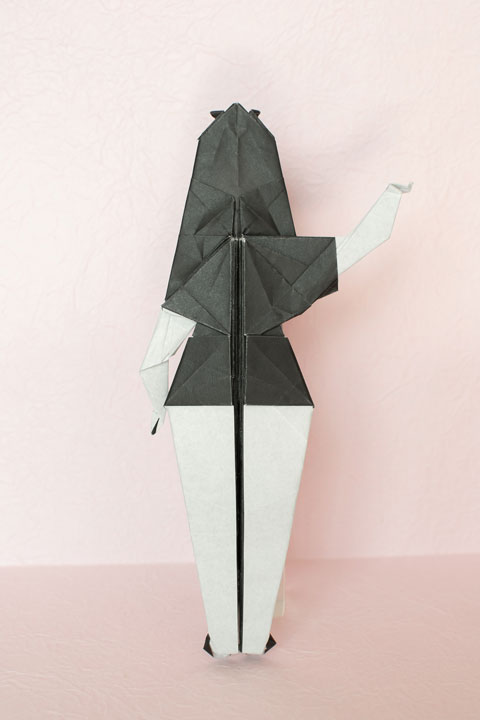 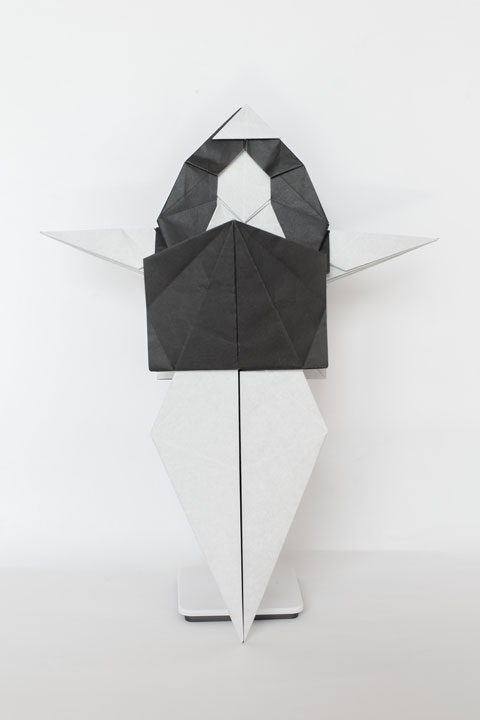 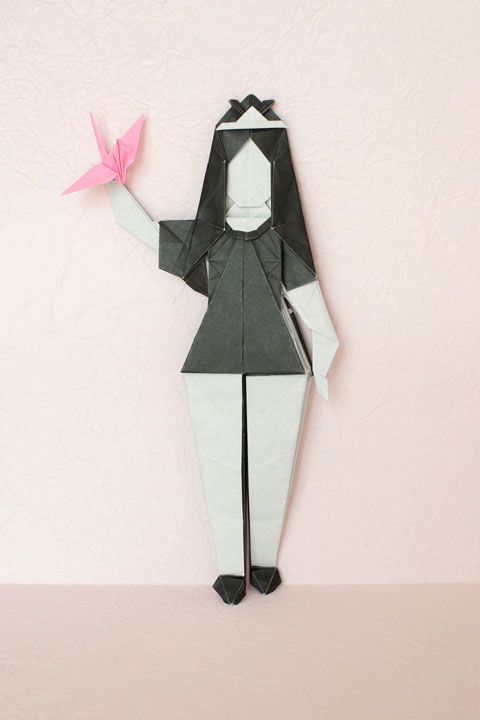 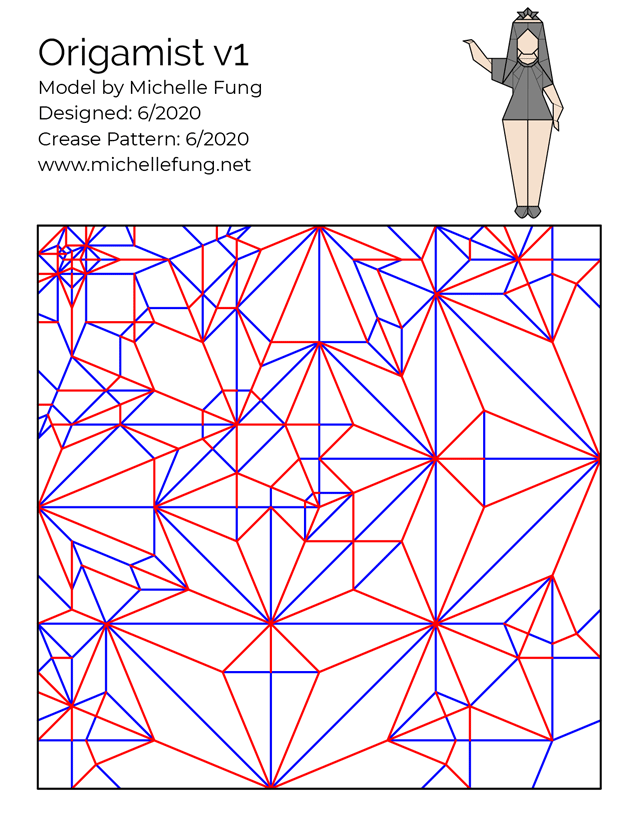 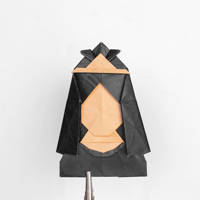 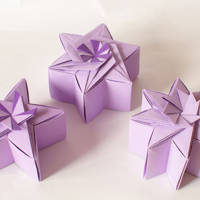