The first club I joined after becoming an undergraduate student at MIT in 2009 was OrigaMIT, MIT's origami club. OrigaMIT introduced me to the world of origami design. From the beginning, I knew that I wanted to apply the design techniques I learned through OrigaMIT (specifically, through lectures given by Jason Ku and Robert Lang and general inspiration from the incredible community there) to create original models of my own. I quickly decided that TIM the Beaver, MIT's mascot, would be a good candidate. It represented MIT and was a subject that no one had rendered in origami before (Brian Chan had designed many excellent origami renditions of TIM as realistic beavers, but not in his cartoony, mascot form).

After many sketches and much trial and error, I produced this model of TIM the Beaver's face in October 2010. My breakthrough for the final base of this model came when I learned that Brian Chan's Guy Fawkes Mask design uses a fish base, and I wondered if I could apply that to making TIM the Beaver. Unfortunately, the initial folding of my design was nowhere near as clean as in the version pictured here. It took me another half year after the first folding to perfect the proportions to represent TIM better.

My design approach has become more refined over the years. As of December 2014, I plan out my models more before I start folding and utilize a more systematic approach to improving my designs. However, I will never forget this model was my first successful origami design. 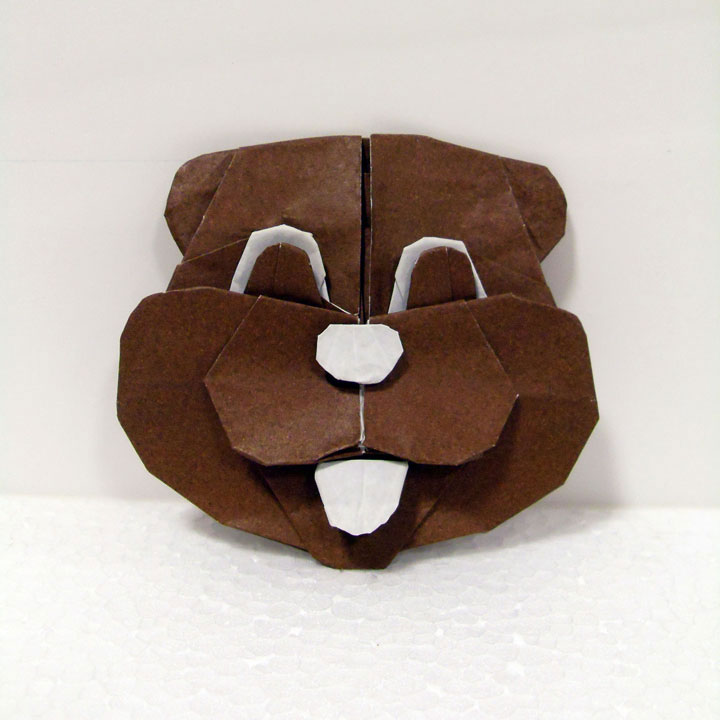 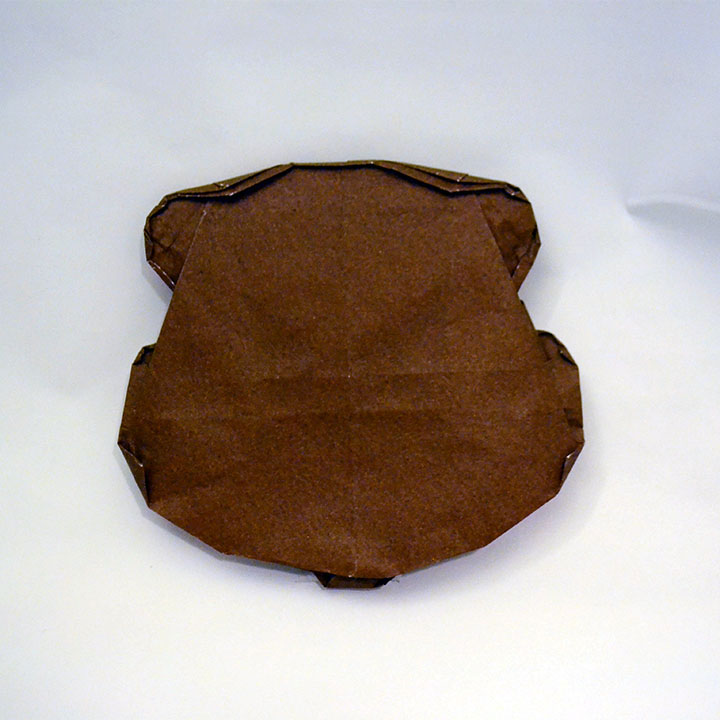 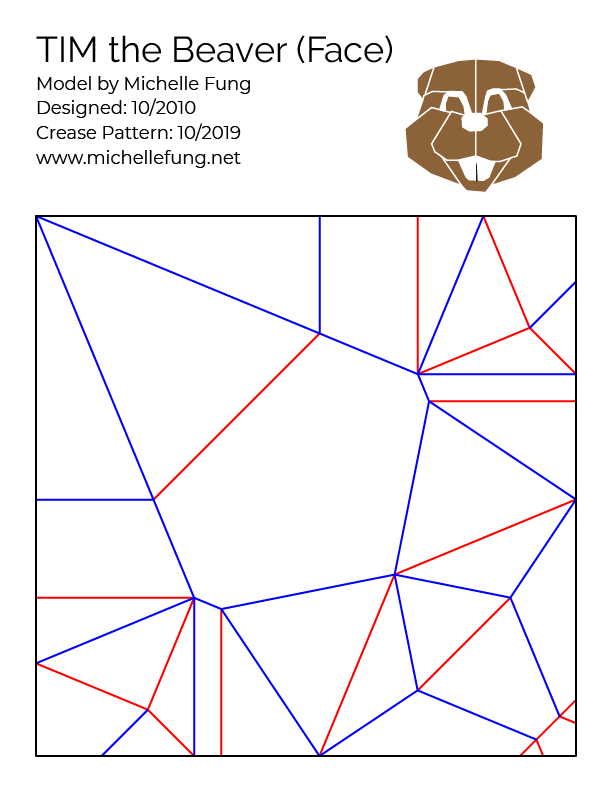