This TIM the Beaver v1 model holds the distinction of being the second origami model that I have ever designed. During the early days of my origami design experience, I tended to jump straight into playing with paper instead of planning first. Thus, although the design included key features (buck teeth, tail, arms, legs) that made it resemble TIM, MIT's mascot, I was still dissatisfied with the inefficient use of paper that made it tedious to fold. As a result, I expected to revisit this design one day, after my design skills had improved, to make the design more efficient and fun to fold.

The paper was prepared using adhesive spray to glue two differently colored sheets together to get one double-sided sheet. At that time, I was new to not only origami design but also paper selection and preparation. The brown paper I chose and bought from my local art store contained small leaf bits that, although pretty to look at, got in the way of folding small details. The color of the brown paper also faded over time. The adhesive spray did not keep the white and brown paper glued together, and I had to use methylcellulose to recombine the two sheets at the edges as I folded.

UPDATE: As of May 2014, TIM the Beaver v2 has been born! Read more about the model here. 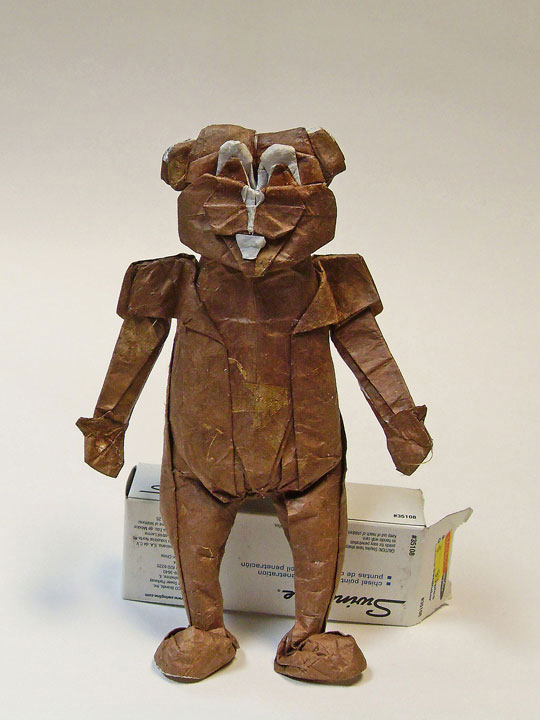 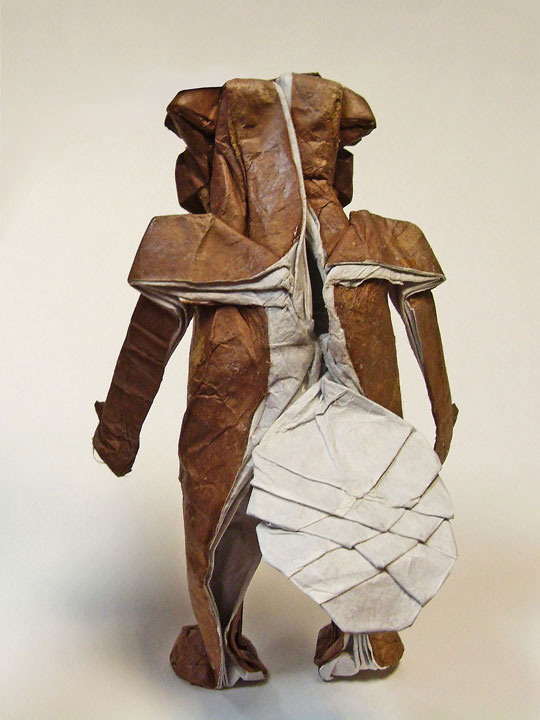 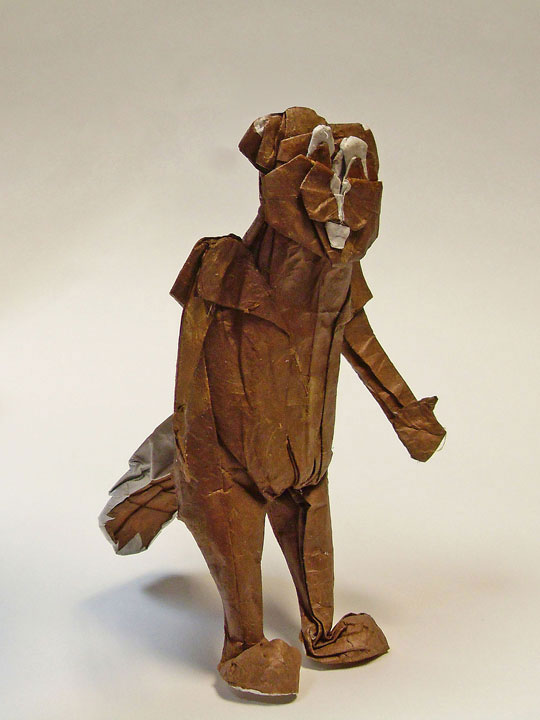 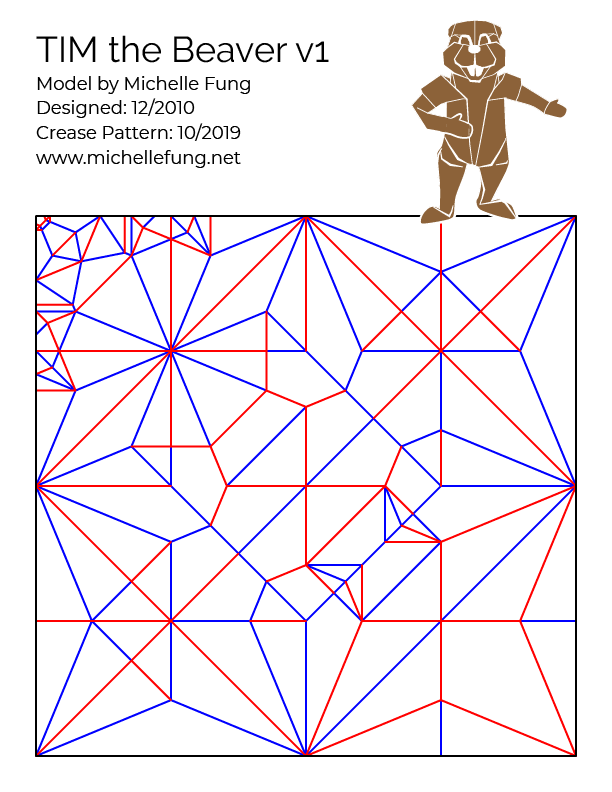 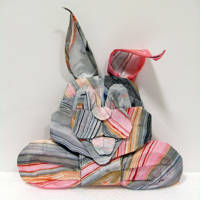 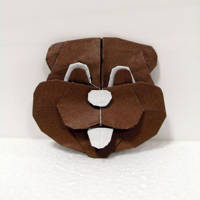