(A cute model for spooky season/Halloween!)

There are a lot great origami jack-o'-lanterns already, so I wanted to design one that was a little different. Inspired by a certain mouse, I designed a jack-o'-lantern with ears.

For the design process, I knew from the beginning that I wanted to form the jack-o'-lantern's nose from one corner, the bottom of the mouth from the opposite corner, the ears from edges in between, and the bow from near the middle corners. The difficult part was finding a good structure to express my desired features. I first tried to reuse the ear structure from my big-eared mouse model. That was suboptimal since the jack-o'-lantern needed different color changes, and the old ear structure would have used too much paper. Starting over again and using some of my favorite reference points as a guide (22.5-degree corner angle divisions and the resulting intersections), I placed my desired features near the reference points, and tried out some possible bases. The final base I chose is pretty efficient, has easy reference points, and is different from the base for my big-eared mouse model.

The model is a little tricky near the nose flap since pulling too far can rip the paper, but is relatively straightforward to collapse and fold otherwise. The collapsed base can be used to create different models and variations, too - the plain base looks like a superhero or animal face to me. 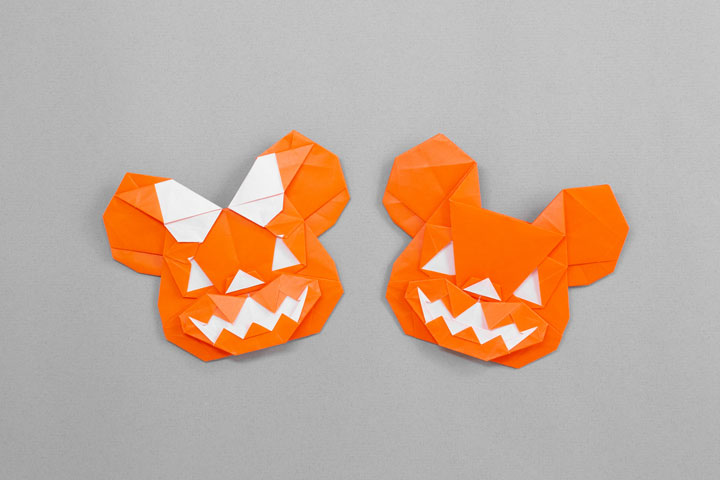 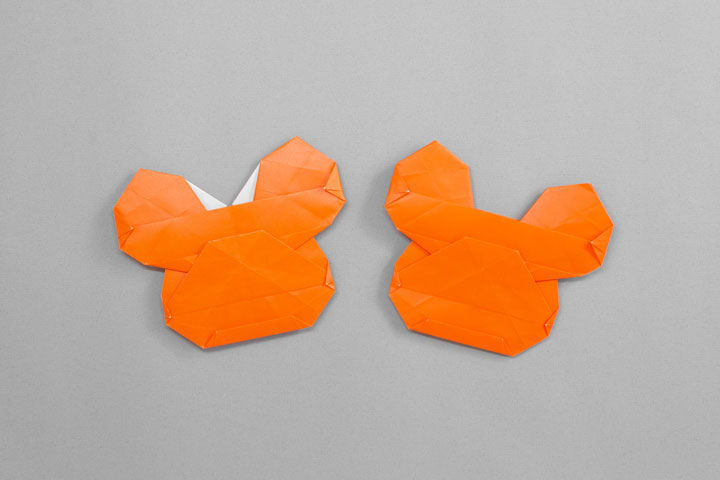 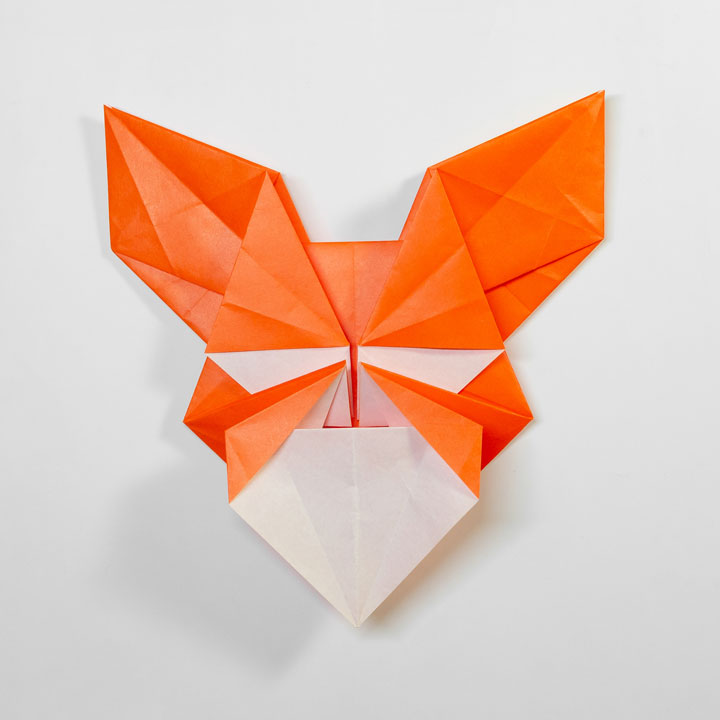 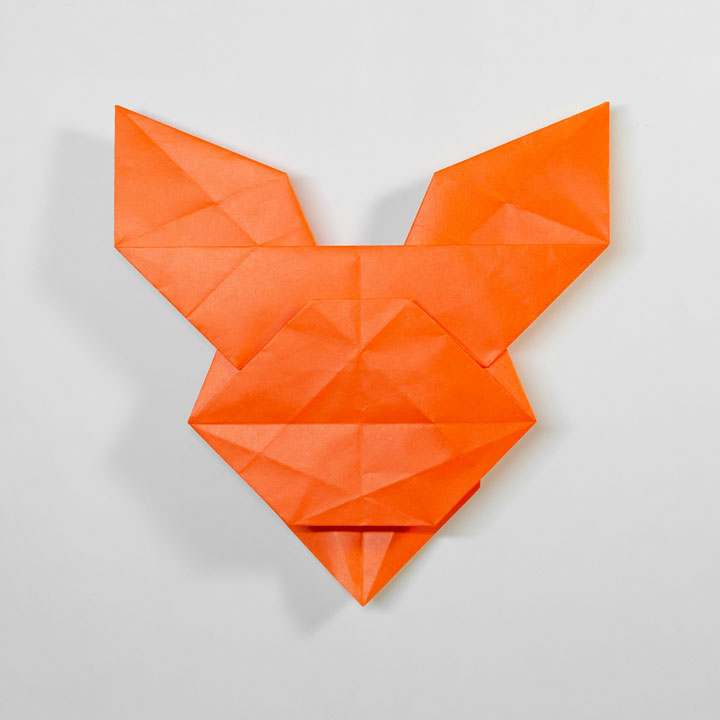 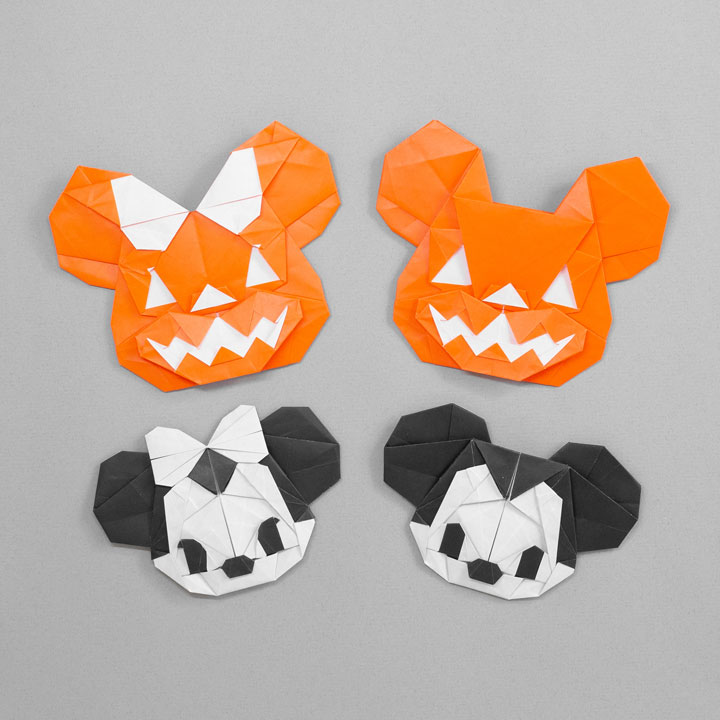 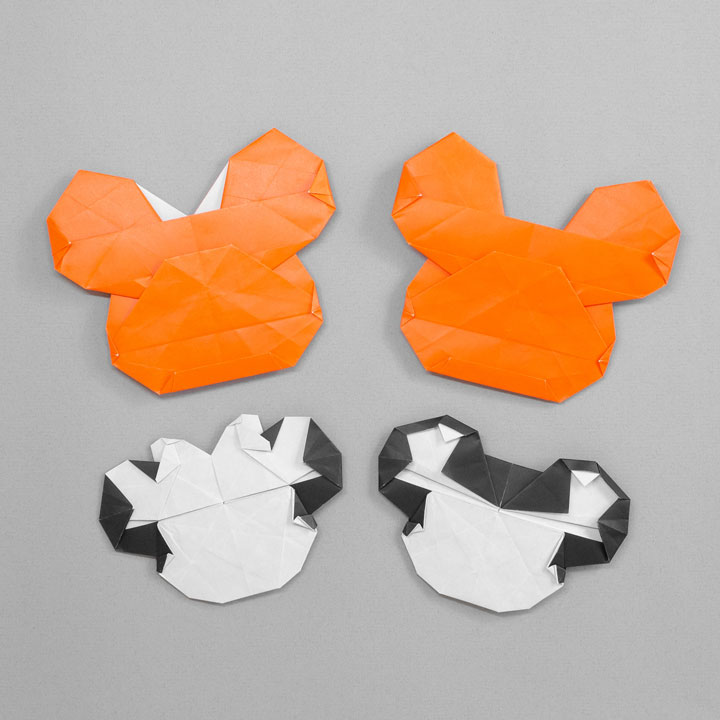 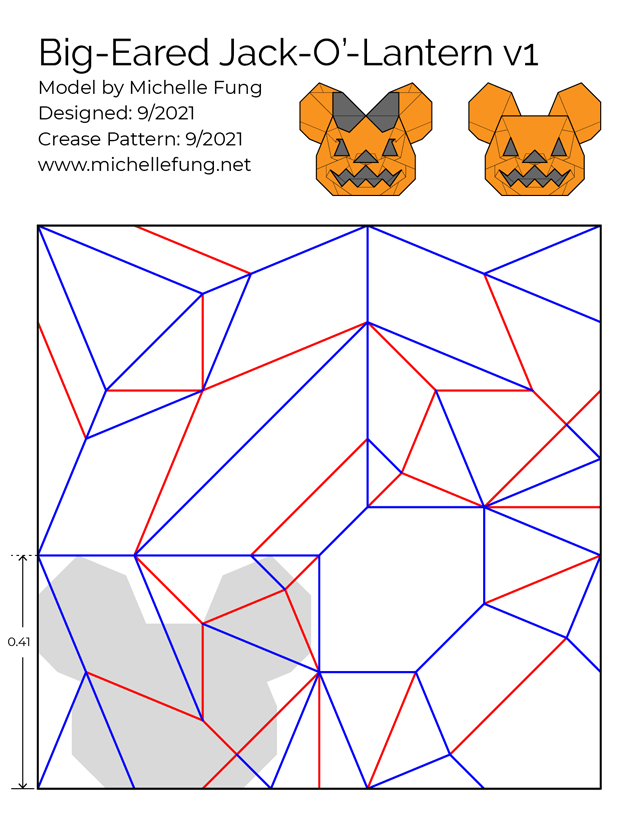